Wood: A combination of spalted Beech, Maple and Olive Ash with different veneer separating them and the closures are 5mm rare earth magnets in wooden housings.

Guy made these as one of his modules at the Ecole Escoulen wood turning school in France.

The Yin Yang Symbol has a lot of symbolism for Guy. He taught martial arts for a few years at his own school and in his personal life strives for balance. The Yin Yang symbolises for him the struggle between so many aspects of life and the duality of everything, with a continuous shifting and movement between the two sides and always the balance between the two.

From Wikipedia comes this: In Chinese philosophy, yin and yang is a concept of dualism in ancient Chinese philosophy, describing how seemingly opposite or contrary forces may actually be complementary, interconnected, and interdependent in the natural world, and how they may give rise to each other as they interrelate to one another. Read more here.

Each one is unique and individually cut, drilled, glued and then turned on the lathe.

Which one do you want? At only NZ$89.00 each incl GST excl Delivery perhaps you should buy two? 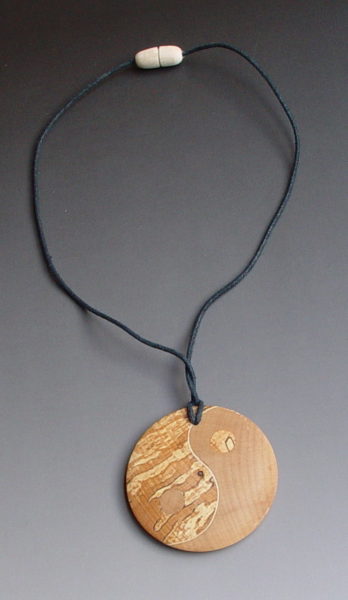 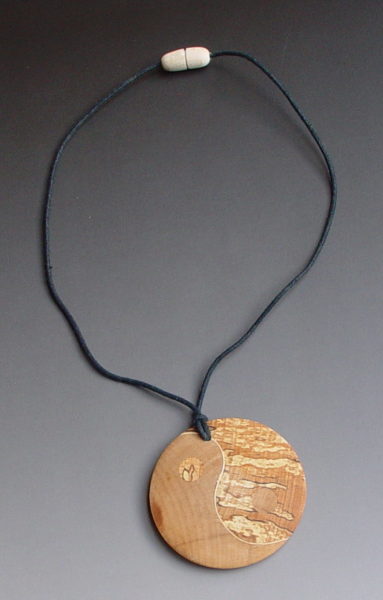